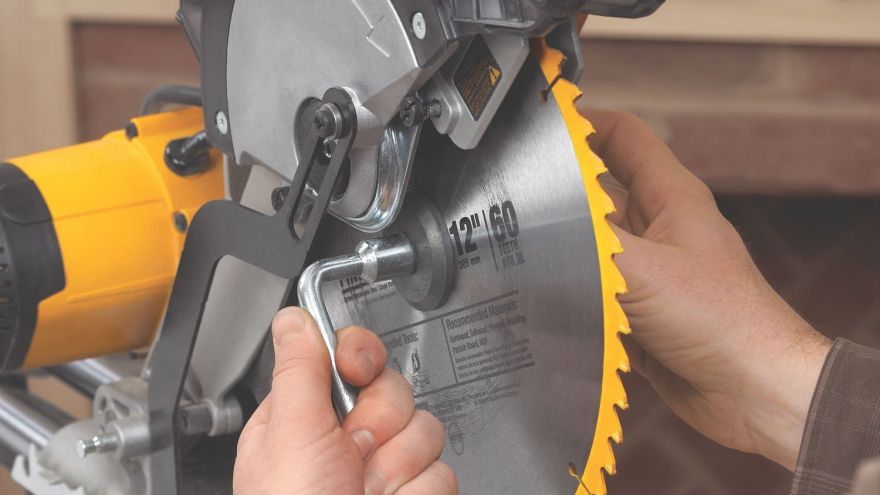 For the best ways to analyze your power tools, it is significant to be familiar with the way they work. However, your tools and their motors may be highly complex machines, becoming familiar with the essential purpose and pieces of your tool’s motor or machinery are not just significant but surprisingly easy as well.

To start with, your power tool’s energy input and output work similarly to the water in your sprinkler system; water flows via a programmed route and is expelled at an opposite end to water your garden or lawn. If the water does not come in a sprinkle motion to the earth, you must know that an issue has happened somewhere along its route of movement. In theory, issues in your power tools happen and might be identified, in precisely the same way. Energy follows a separate pathway in your power tools; it enters from a power source and travels along an electrical path of wires and connectors to the tool’s motor where it is converted into actual physical power. That power is then expelled at the opposite end of the tool in the form of a spinning chuck or saw blade.

Additionally, your field and armature are much more heartily fabricated than are your standard brushes and switches, but, I digress. To get more properly down to business, I’ll begin at the beginning and talk a bit about power cords.

Usually, it’s pretty darn apparent if you have cord damage. This will cause overheating, an overall loss of power, and will rear its head with visible wear and tear like cracks or breakage. If the cord is damaged, it acts as a minor/major kink in a garden hose or clogs in a water pipe, and the cord cannot deliver adequate electrical flow to the tool’s motor. This means the tool will have to work significantly harder to perform which will, in turn, cause the motor to heat-up which will eventually cause damage to the tool’s interior components. As worn or broken power cords are also an electrical hazard, they should always be replaced. Note: The same “kink” or “clog” phenomenon will also occur where a too long extension cord is used. Because electrical energy depletes as it moves along its path, too long extension cords will deliver less energy and overheat your tool. Always use the shortest length extension cord possible.

After checking the cord, move on to the switch. Here, heat damage is fairly simple to detect – the wiring will be melted or discolored, or the actual plastic of the switch body will be appear burnt or melted. If the power switch has shorted or failed, the electrical path will stop there, and the tool will not engage. Tell-tale bad-switch symptoms usually come in the form of troubled starts, over-heating, and a noticeable drop in your power tool’s performance and overall power. If the switch is properly connected and you can’t see any visible damage, move ahead to the tool’s brushes.

Brush damage can cause difficulty in start-ups, on/off action during use, a general lack of power, excess heat, or some bad smells or sparks. Additionally, a failing brush can sometimes keep your power tools from beginning altogether. With your brushes damage frequently happens in one (or more) of the following forms: chipping, heavy wear, or burrs, crumbling, or heat damage. It is hard to say which is most common, but I’d wager it’s the depreciation; several brushes have wear-lines to indicate when the brush requires replacement. However, it’s a pretty good rule of thumb that when the brush’s carbon block wears to about a quarter inch in thickness, it needs to be replaced.

Chipping happens when the carbon becomes unusually spoiled or starts to disintegrate inside the tool. As the name suggests, a chipped brush will have a chunk missing from the carbon. Burrs, on the other hand, are awful little creatures that may form around your brushes blocking or stopping the relationship between commutator and brush and. These can frequently be scraped away, but it’s still important to ensure your brushes are in otherwise good condition.

Also, verify the springiness of your brush‘s spring tail. If said springiness is gone, your brushes will lack the required pressure to maintain contact with the armature. Lastly, heat-damage on your brushes will look precisely as you’d expect, you will see burn spots on the carbon or other types discoloration on the wires AND spring. Crumbling, Chipping, heat-damaged, or heavily worn brushes all require replacement.

Conclusively, now that you are aware of what to look for, there are some features to have in mind as you labor with and analyze your power tools. Firstly, just as if energy runs down the energy pathway in your power tools, so does damage. Within your tool, any anguish part can have a domino effect that will damage neighboring parts along the electrical pathway. Hence, it is tremendously significant to separate your difficulty(s) and fix it before it spreads to the tool’s other mechanism. Secondly, keep in mind that all of these malfunctions can feel very similar from the outside and that they may occur singularly or in any combination. Be familiar with your power tools and learn to understand their subtle cues. This will assist you to fix your power tools at the first signs of malfunction or drag. In the end, it is better for us all to process our little problems before they become out of control.

Choosing Your Next Home Renovation Wisely May 21, 2020
Best Guides

For those who have a thumb that is not so green, it might be wise to consider caring for a plant that is low-maintenance-...
09 Jul 2020
13053
Categories
Sign up