Springtails: What Are They & How to Identify Them 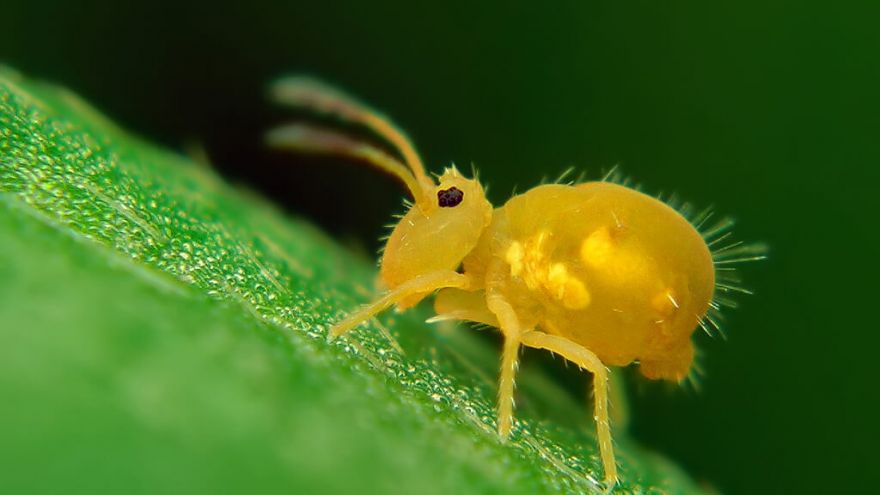 Springtails: What Are They & How to Identify Them earlyexperts.net

Springtails are small wingless insects, commonly referred to as snow fleas. These tiny hexapods use protein in their body to survive harsh winters.

They are widespread insects, and most people mistake them for other small insects such as ants, fleas, bedbugs, lice, etc. However, springtails have their distinct differences from other insects with different habits and ways of living.

Unlike most insects and pests, springtails do not cause any harm to your property, nor do they bite or spread any known diseases. These insects won’t destroy anything in your home or tear down significant structural features such as insulation, electric wires, or foundation. They won’t eat your plants, flowers, or any other essential item in your home.

Instead, they tend to be annoying pests, and they can grow into large numbers once they infest your home. Getting rid of them can be pretty tricky. They get their name from their ability to jump off suddenly. They have a forked tail called the furcular that is usually hidden under their abdomen. When disturbed, the furcular snaps out and extends rapidly, making the insect jump suddenly almost 10 centimeters into the air.

As mentioned, springtails are tiny wingless insects that move around by crawling or jumping. They are about 1/6 to 1/8 inches long with a medium-sized antenna. They are slender with elongate round soft bodies, but some have round and firm bodies. Most springtails appear dark brownish, greyish, black, and bluish, although some are white and bright colored.

Springtails are commonly found in damp conditions with organic matter, moist soil, and debris. They are widely known to be soil creatures. They need moisture to thrive and survive. You are likely to find them in the soil, decaying logs, fungi, wet leaf litter, under snowfields, caves, and even under the barks of trees.

Springtails exist in about 6500 species all over the world. In fact, they are known to be the most abundant insects in the world, and each in habitat, you will find them living in large numbers. These insects have a life cycle referred to as ametabolous. Meaning they do not undergo metamorphosis. This means that they do not have a larval, nymph, or even a pupa stage, but instead, they develop by molting as they increase in body size. They keep shedding although their lifecycle, even after reaching the adult stage.

Springtails tend to group themselves, and you can find close to 100,000 of them in an area as small as one square meter. If they fail to get favorable conditions outdoors, springtails will find their way indoors, and you are likely to spot them in the kitchen, laundry room, bathroom, and basement. You will also find them in slabs, around the drain lines, mulch, under your house’s siding, and if you have woodpiles near your home, they will nest under the pile.

They are also active during winter, and they can survive in icy weather conditions. In fact, you will likely find springtails crawling in your outdoors during winter. They thrive along the foundation wall due to the warmth and inside the wall spaces of your home. They can also be found in door frames during winter.

They feed on decaying matter, algae, fungi, or pollen. They are highly prolific insects. In fact, if they invade your home in just a few months, their population can skyrocket to unimaginable numbers. This situation can be stressful as it can be pretty hard to get rid of them if they infest your home in such high numbers that they still keep multiplying. You can imagine a situation where you have bugs jumping all over your home. Obviously not a pleasant scenario, so even if they won’t bite or cause any structural damage, it’s just hard to live with such a menace around your home.

Once inside your home, springtails can be spotted anywhere, and most common places include under patio slabs, under mulch, in the area around spouts, near the septic tanks, around the flower beds. You also find them around the sprinklers in your yard and any other site that is moist.

Their nests usually start from the ground, and since they tend to crowd in one place, the nests typically get full pretty fast. When this happens, they will migrate, and you are most likely to find them under the siding of your home.

What Attracts Springtails To Your Home?

Springtails prefer to stay outdoors where they have access to their food source, mainly in the soil and damp areas. If you start spotting them inside your home, it means they are finding a favorable condition inside, making them come inside. As mentioned earlier, these insects can invade your home, and within no time, they will grow into thousands of them, and your home can become a mess.

If you notice that they are suddenly active in your home, the environment outside may be getting dry and unfavorable for them. They will start crawling around and gaining access to your house through doors, basement windows, garage doors, crawl place vents and any other small opening that has a favorable moist condition.

You will know you have a springtail problem or infestation if you start spotting them in moist and humid places inside your home, such as the bathroom, laundry room, kitchen, garages, basement, and even in your garden.

Springtails are attracted to mildew. If you suspect they have infested your home, you can check under the sinks, around the drain pipes, and any other places that are experiencing water leakage, making them damp and moist with mildew.

If you spot them crowding around your indoor plants or other places that have water leaks, around the drainage pipes and the swimming pool, these insects may have already invaded your home. Springtails are also attracted to newly constructed homes that may have damp construction materials that encourage mold growth. As a result, springtails will be attracted to mold, and you find them in wall voids and other crawl places in your home.

Another way of attracting springtails in your home is having damp and inorganic material lying around. For example, piles of logs used for fireplaces or potted plants. These two provide a favorable wet environment for springtails to breed and nest. It’s possible to bring them into your house as they attach themselves to the wood or plants.

Are Springtails Dangerous to You?

Springtails are not dangerous. They will not bite or spread diseases to you, and somehow they are not a danger to your plants. However, their mere presence is annoying because they can quickly grow into a significant population.

They can also be a nuisance, especially if they crowd in living space areas, especially under the carpet or in the kitchen. Once they start appearing in your home, they will be all over the place around your living room, kitchen, bathroom, in the garage, around the pool in the basement, laundry room. Such a situation can be very unsettling and uncomfortable. Luckily we have a great guide on how to get rid of springtails, so make sure you check it out!

If you start seeing them inside your home, begin by searching where they are coming from. There is a possibility that there is a place on your property where they are overpopulated. Since they occur in large numbers, getting rid of them can be frustrating and challenging.