How Much do Plumbers Make? 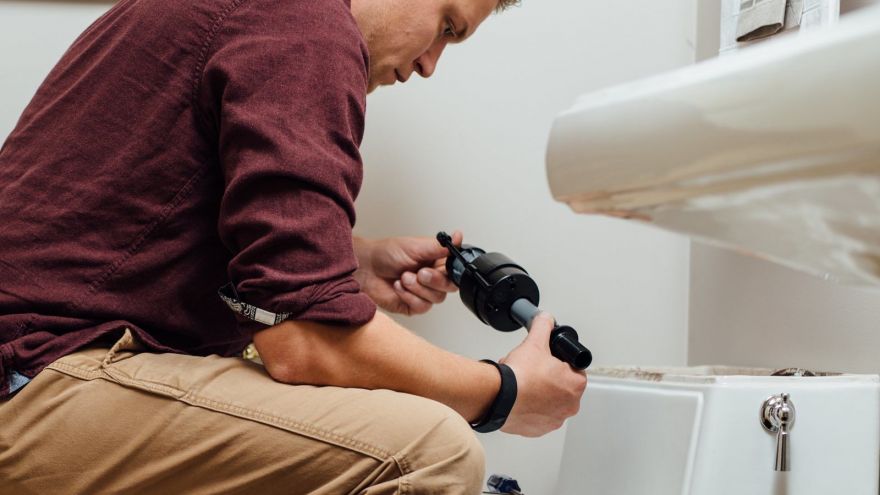 How Much do Plumbers Make? earlyexperts.net

Plumbing is one of those jobs we often take for granted until the time comes when we have an emergency such as a burst pipe, or a blocked drain.

Acting is not an important job in the scheme of things. Plumbing is. – Spencer Tracey

Plumbing is one of those occupations that for years was looked down as a trade that was good for the lower classes, but for anyone with a brain, it was sort of demeaning. Well, that myth has indeed been blown out of the water. When a millionaire like Michael Bloomberg seriously suggests young people forgo university, for an apprenticeship as a plumber, then you really know the job has bucket loads of kudos. After four years at university, a student will be looking for a job, having spent upwards of $40,000 on tuition, whereas from day one an apprentice can be earning a salary, and within four years be qualified and walk into a job anywhere in the country.

How much a plumber earns depends on a long list of variables, an apprentice plumber starting out could earn about $15,000 a year. However, a master plumber with some years of experience could take home a salary of $200,000. The salary depends a lot on where in the country a plumber is based, the level of qualification, the sort of work they specialize in, and whether he or she is self-employed or has an employer.

For those starting out in a plumbing career, the most common starting off point is an apprenticeship. As an apprentice, you get paid to learn the job, and the focus should be on the education you are getting not the money in your pocket. A starting salary for an apprentice plumber can be anywhere from $13,000 to $25,000 a year. The employer is investing time and money training an individual as an apprentice, as the cost of classes is usually borne by the employer, not the employee. The idea is to use the time to master the skills needed to earn a plumbing license and become a journeyman plumber. While working as an apprentice all your work is closely supervised.

The next stage up the ladder is the journeyman plumber. When you reach this level, you will have a few years experience under your belt and will have passed the examinations to earn your plumbing license. The licensing of plumbers, pipefitters, and steamfitters, who all have similar skills varies from state to state, so you would need to enquire locally what qualifications are required to obtain the necessary paperwork. With a license, a plumber can embark on jobs without immediate supervision and can take on work on their own behalf. A journeyman plumber could expect to earn something between $25,000 and $50,000 per year. However, annual salaries for plumbers vary wildly. The Bureau of Labor Statistics (BLS) reports that the average wage for a worker in the plumbing industry is around $50,000.

The BLS calculated that in 2010 there were about 420,000 plumbers and associated trades working in the United States. The bureau expected the number to increase by about 25% to 530,000 by 2020. To do that the office suggested that about 11,000 new plumbers needed to be trained every year to increase the total, and another 10,000 were required to replace those retiring. So, in effect 21,000 new plumbers are required every year to meet demand. This projected increase in jobs that need to be filled well exceeds the average growth rate for occupations in general which stands at 14%. If these targets are not met, then there will be the inevitable shortage of qualified plumbers available. Should that happen then the salary expectations for plumbers should be higher than for other comparable industries.

The latest figures from the BLS has the average salary of a plumber a little over $56,000, which is at the top end of other professions in the construction industry. Electricians have a compatible salary at an average of about $56,500. Both are higher than carpenters who earn on average $48,000, and insulation contractors at $45,000. General construction workers can expect to take home close to $38,000 a year. Where a plumber lives also has a bearing on how much they can likely earn. It is not unheard of a master plumber in New York, Los Angeles, or Chicago earning close to $250,000 a year. Having said that a plumber earning that kind of money would be putting in lots of hours, probably at least sixty, if not more. I smaller cities a licensed and experienced plumber can undoubtedly take home six figures if he put in the hours. Even plumbers who are not licensed, but have experience can expect to earn up to $70,000 per year.

How to Create a Family Room Without Any Spending Apr 06, 2021

Is This Wall Load Bearing? How to Open Your Floor Plan the Right Way Apr 06, 2021