How to Grow Ginger at Home Guide 2023 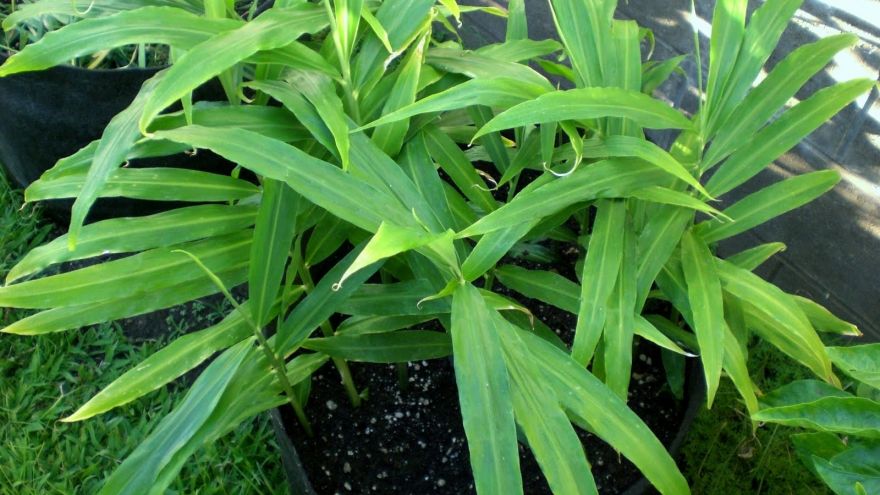 How to Grow Ginger at Home Guide 2023 earlyexperts.net

Ginger root is used around the world as an ingredient in cooking and as a time-honored home remedy. The first mention of ginger being eaten in a meal goes back to Sanskrit texts from the 4th century B.C. Ever since then the root has been highly regarded for its tangy, peppery flavor and health benefits. So highly regarded was ginger by the Romans, that it became one of the empire’s most prized items of trade.

Nowadays it’s not so precious, and we can commonly buy ginger from the supermarket in two particular forms, as a ground powder, or the whole root. Incorporating ginger root into your daily diet can have some long-term health benefits. As an antioxidant and anti-inflammatory, it helps with a long list of conditions from motion sickness and pain relief to improving the health of the heart and the brain.

How to Get Started

The great thing about ginger root is that you can grow it yourself quite easily inside or outside the home. As it is a tropical herb, it does not like the cold and frosts, so if you live in an area that experiences cold winters it may be better to grow it in a pot indoors, and take it outside in the warmer summer months. The low-maintenance herb takes up to 10 months to mature before you can start cutting off parts of the root and leaving the rest to continue growing in the soil. Ginger can grow in partial or full shade so it has no problems growing indoors on a window sill.

Picking Your Ginger to Plant

There are people who say you can plant supermarket-bought ginger root and get great results, but it can be a bit hit and miss. The ginger root you buy at the store is most likely to have been sprayed with an inhibitor which stops it sprouting before purchase. That inhibitor will also prevent it sprouting if you pop it into a pot of soil. For guaranteed results, your local garden center should stock seed ginger which has been prepared for planting. Be aware that some garden centers may suggest ornamental ginger which flowers. This will not work as the root is inedible.

Another problem with the store-bought ginger root is that it would most likely have a coating of fungicide and herbicide. If you do go down the route of planting supermarket ginger, then make sure to soak it in water overnight to remove as much of the inhibitor and other contaminants before planting. You are likely to have more success with ginger bought from the supermarket if it has been organically produced, as it will not have been sprayed with herbicides and inhibitors.

Whatever ginger root you decide to plant it should have tight skin, and look plump and juicy. Steer clear of any ginger that looks dried out and shriveled. Look for eye buds on the root, similar to potato eyes, where a green shoot is getting ready to appear. If the root has more than one eye bud it can be split, and each bud planted in a separate pot.

To give your ginger the best chance of taking root and growing outdoors is to plant in the spring after the last frost. In tropical areas, then its best at the beginning of the rainy season. For those of us who don’t want to plant it outdoors the time of year doesn’t really matter as long as it is kept in a warm environment. Having chosen your root, you can cut it into pieces at least an inch long with one or more eye buds using a sanitized knife.

Then leave the root in a dry, well-ventilated area so the cut can heal and prevent infection. Each piece of ginger root you plant will need about 8 inches of growing space. So if space is limited then consider planting fragments of root with two or more eye buds, as this will increase the chances of the herb germinating and growing.

One thing you have to bear in mind when planting ginger is that unlike houseplants ginger wants a wide shallow pot to grow in. The roots of the ginger plant grow horizontally, so there needs to be plenty of space for it to mature.

✓ To prepare the ginger for potting soak the root in water overnight.

✓ Position the ginger root in the soil with the eye bud upward, and at least 8 inches apart.

✓ Cover the roots with at least one inch of compost and water well.

✓ Make sure the ginger is kept warm by placing it in a position it will get a few hours of sunlight every day.

✓ Keep the soil moist with either light daily watering or a spray bottle.

✓ Ginger is very slow growing, but after a few weeks, you should see shoots peering out from the soil.

✓ Choose a well-drained part of your garden, which gets some sun during the day. It does not require full sunlight, as ginger will grow in partial shade in temperate climates. In tropical climates where there is the unlikelihood of frost, it will grow in complete shade.

✓ If you want to make sure your ginger germinates before you put it in the ground, lay the pieces in a large potting tray with coconut fiber or sphagnum moss. Cover with more of the material, and water. This will allow the ginger roots to sprout before transplanting into the ground.

✓ Prepare the soil with well-rotted compost, or if it is of particularly low quality add generous amounts of potting soil. Try to get it slightly acidic with a pH between 6.1 and 6.5.

✓ Plant the ginger in a shaded area of the garden which will predominately get at least two hours of morning sun. Ensure it is well away from trees and other plants with extensive root systems. Try and find a spot that is also sheltered from the wind, and where the soil is moist but not swampy.

✓ Put the pieces of ginger 2-4 inches below the surface with the eye buds facing upward. Plant in rows at least 8 inches apart.

Harvesting and Caring for Ginger

As we have already mentioned, ginger takes a long time to mature, as long as ten months. During that time, the root needs to be tended to so it can deliver fresh ginger for the kitchen.

Light watering will be needed daily to ensure the soil does not dry out. Over-watering can also be detrimental as soggy soil can lead to the plants rotting. Best to make sure the soil drainage is enough to keep the plants moist but not waterlogged.

Ginger is slow to germinate, so you will have to keep watering for many days before you see the plant sprouting. Once it has sprouted, continue with the same watering regime.

If you have planted the ginger in the rich soil, there should be no need to add fertilizer. However, if you have had to mix compost into the soil, then spray a small amount of liquid fertilizer every month.

It may also be a good idea to mulch ginger you grow outdoors once it has sprouted. As ginger is such a slow-growing plant, it will have to compete with faster-growing weeds. It is also a good idea to mulch in areas where the soil temperature can fall below 50F (10C) in the growing season.

With the onset of fall and temperatures fall the ginger stems will turn yellow. Reduce the watering until the stems die, and then stop watering altogether.

At least eight months after planting, and once the stems are dead, you can harvest for the first time. The ginger can be dug up, and using a sanitized knife part may be cut from the root. Always leave some eyes on the remaining root, and replant.

If you are impatient, then ginger can be harvested at about four months. The young ginger will have a thin and easily bruised skin so it must be done delicately. The ginger harvested at this time is excellent for pickling.

As the weather gets colder, you can either bring the ginger indoors or if in a temperate climate cover with a thick layer of mulch. Ginger will almost always be killed off by a frost, so the ground temperature needs to be kept well above freezing if it is to survive.

Free Floor Plan Platforms for Designing Your Own Space Apr 06, 2021