Do Salt Lamps Work? Here is What Science Says! 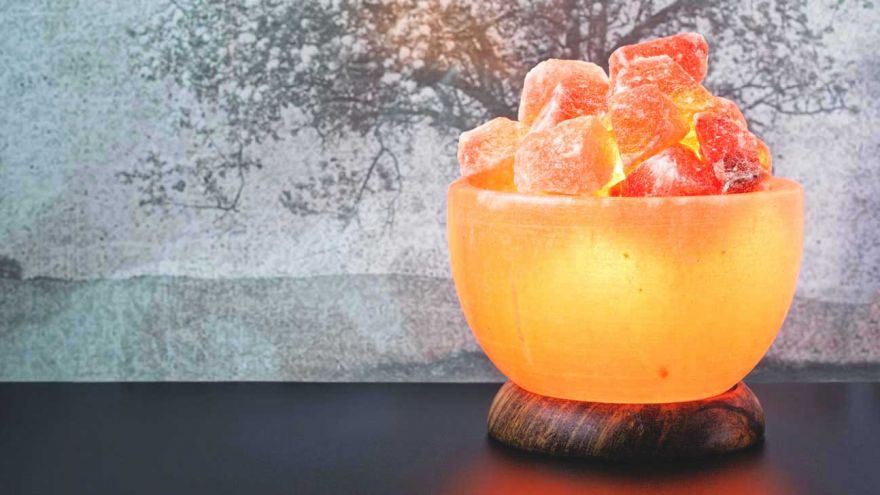 Do Salt Lamps Work? Here is What Science Says! earlyexperts.net

If you’ve not come across them before, salt lamps are the latest health accessory craze to sweep not just the nation but the world. The decorative Himalayan salt lamps are made from chunks of mountain rock salt that have their centers chiseled out so a heat lamp or light bulb can be placed inside. The proponents of the salt lamps claim they attract pollutants and allergens from the air, and at the same time generate health-giving negative ions. They also extol benefits such as oxygenating the brain, reducing the symptoms of mood disorders and improving the immune system.

The lamps also give off a cool reddish-orange glow. However, scientists will tell you that there is no evidence salt lamps produce enough negative ions to have any meaningful health benefits, or that they have anti-pollution properties.

How Himalayan Salt Lamps are Meant to Work

The chunks of pink rock salt are mined in the Himalayas, particularly in the Punjab region of Pakistan. With the center hollowed-out a small light bulb or heating element can be placed inside. When lit they give off an attractive soft reddish-orange glow. Sellers of the lamps say the lamps give off negative ions when switched on. Natural salt crystals will absorb water from the air as the mineral is described as hygroscopic.

However, the heat from the light bulb keeps the salt dry, and so it can release the healthy negative ions found around moving water such as oceans, rivers and waterfalls. Advocates claim the warmed rock crystal attracts water molecules, which may also carry pollutants, mold and allergens. So, as the molecules touch the warmed salt surface the water evaporates leaving behind the contaminants.

How Himalayan Salt Lamps Do Work

Unfortunately, how something is meant to work, and how it actually works in practice can be very different. From basic science class, we know that rock salt is made up of two elements, Sodium and Chlorine, and the compound is known as Sodium Chloride.

We have also seen that pure salt is usually white in color, but Himalayan rock salt is a shade of pink. This color change is due to the inclusion of trace minerals. Unless these trace elements are in extremely high quantities, enough to change the salt, Sodium Chloride into something else then any ions released are going to be those of Sodium and Chlorine. However, mother nature has made rock salt one of the most stable compounds on the planet, and to get the ions released, you need to heat up the salt to break down the chemical bonds. Unfortunately, a small light bulb won’t cut it. The temperature generated by a light bulb is nowhere near the 1,500F (816C) needed force ions to be released.

What about the trace elements, could they be generating ions? They could, of course, but as trace elements the ions produced could be few as to be immeasurable. Until now there has been no scientific study on what trace elements are present in Himalayan salt, or in what quantities, so no conclusion can be made about ions other than Sodium or Chlorine being produced.

You could ask if water vapor in the air, landing on the rock salt would be enough to dissolve the salt on the surface. Then, as it vaporizes ions of Sodium and Chlorine are released. This could be the case in other compounds, but unfortunately rock salt is so stable, that as the water evaporates, all you are left with is the original salt compound.

Scientists are also skeptical of the claims a rock salt lamp will remove pollutants from the air. Water vapor can contain dust particles, but other pollutants such as allergens may stick by chance. The theory goes that as the water vapor sticks to the surface of the salt, and then with the heat of the lamp it dries out leaving the pollutants behind on the salt’s surface. However, the claim falls down just looking at the scale of the problem and the remedy put forward. The amount of air in a room is vast compared to the surface area of a salt rock lamp.

If the action were going on as described, it would not take long before the surface of the salt lamp is coated with dust, pollutants, allergens, and then the process would end as the water vapor could no longer attach itself to the salt through the barrier of dirt. This does not take into account that the air in a room is constantly changing due to ventilation, and the opening and closing of doors.

What About the Health Claims?

Let’s look at what the proponents of the salt lamps claim are the health benefits and see if there is any evidence to support them.

The adverts for salt lamps talk a lot about them being good for people with allergies, respiratory diseases such as asthma, or even cystic fibrosis. However, there is no clinical evidence to back up the link between salt lamps and improving air quality. The link could possibly come from halotherapy, an ancient practice where people who had breathing problems would spend time in salt caves.

Unfortunately, once again, there has been no clinical study to support the theory, and current medical thinking does not see any positive results in sending people with respiratory ailments down salt mines.

Unfortunately, should the salt lamps give off negative ions, they would never be at higher levels that prompted improved moods in those people suffering from depression who took part in the studies.

At the time of writing, there have been no studies to examine the claims that salt lamps aid sleep. There have been no trials that suggest high levels of ionization can improve sleep patterns. A review of the research didn’t find any evidence of any benefit from air ionization. However, the dim glow that comes from a salt lamp may have a similar effect as a night light in promoting sleep at the end of the day. Bright light when you go to bed hinders the production of melatonin, the hormone that sends us to sleep. So, any dim light at bedtime can be an advantage, but it is not specific to a salt lamp.

Do Salt Lamps Have Any Benefits?

The health claims surrounding Himalayan salt lamps are dubious at best. There is no substantial direct evidence to link salt lamps with any therapeutic results. However, they could have other benefits that are subjective. The natural striations in the rock salt can be beautiful, and with a light inside provide a glow that is unique to each particular lamp. The soft reddish-orange hue that comes from a Himalayan salt lamp creates a relaxing atmosphere that encourages people to unwind.

As we have mentioned before the soft glow that comes from a salt lamp makes an ideal night light. If you are one of those people who finds it difficult to get to sleep at night, the glow of a salt lamp could help you get to doze off faster. Although these benefits are not measurable, they can add to an improvement in your way of life.

What to Look For in a Quality Salt Lamp

There are two basic types of salt lamp available on the market at the moment. The solid salt lamp is a large rock of salt with a hollowed-out core, into which a light is placed. The other is the basket lamp, which is just as it suggests, a metal basket frame filled with salt rocks that can be lit by a small bulb. So when looking for a salt lamp how do you know you are a quality product. Here are some of the pointers, and a selected salt lamp that typifies the best quality in that category.

Color – It is considered that the darker the orange color of light given off by the salt lamp, the higher the quality. Cheap imitations use lower grade salt, so make sure the lamp is made from only Himalayan salt.

Size – If you want to have the biggest effect, then you need the biggest lamp. The largest salt lamps can weigh up to 50lbs (22kg). The smaller lamps weigh in the region of 5-6lbs (2.5kg) and are much less expensive.

Surface texture – You should be looking for a roughly textured piece of rock salt. The rougher surface has a bigger area than if it is polished, and thus has more hygroscopic potential if you think it can improve the air quality of a room. The rough surface texture will also diffuse the light from the inside better, and give a warmer glow.

The bulb – The bulb used to light the rock salt must give off heat, so the modern cool LED lights will not work. If you want your salt lamp to suck in the water vapor from the surrounding area, it needs to be as warm as possible, and thus the bulb needs to be incandescent. Most rock lamps come with bulbs that are at least 15W.

The health claims associated with Himalayan salt lamps are just that, claims with no scientific evidence to support them. There is little to suggest these lamps do anything more than providing an attractive addition to the relaxing environment of a room. Until academic research has been completed on the theories surrounding salt lamps, let’s accept them as the beautiful tranquil decorations they are.

Leaking Roof? Quick Fixes You Can Do Yourself! Aug 10, 2018
Best Guides

You never get a second chance at a first impression, so when visitors come to call, your front door can say much more abo...
30 Sep 2021
35475
Sign up