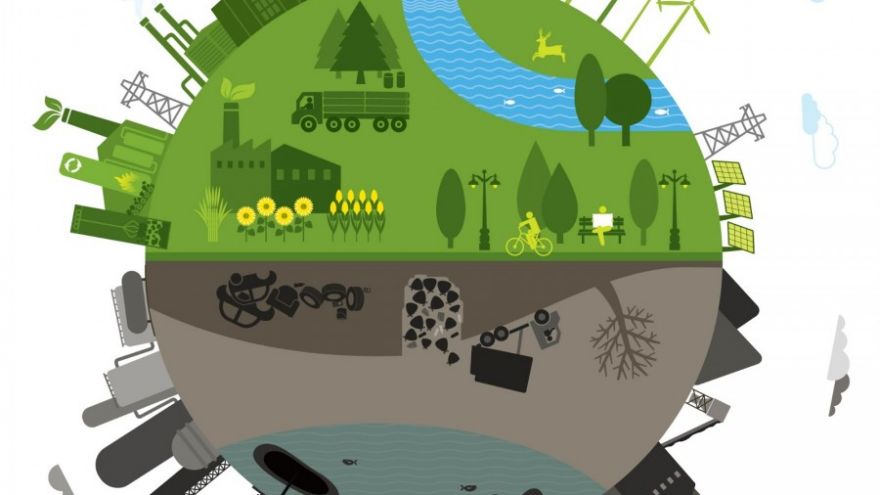 Electricity bill is one of the most expensive utility bills, especially during summer and winter. Several factors can lead to high electricity bills, and the power rates charged by your power/utility company is the first, and it’s definitely out of your control.

The U.S. Energy Information Administration (EIA) states that an average American household consumes 901 kWh per month and spends an average cost of 13-12 cents per kWh. This translates to a monthly bill of about $118 every month and more than $1,400 per year.

The worst part is that the power rates increase by at least 2-3% each year. This is higher than the increase in the inflation and cost-of-living-wage increase most American residents receive at work.

As a result, most home and business owners have started to consider other options that will offer a long-term solution.

This has brought about several alternative energy sources, for example, solar energy. Compared to fossil fuels, they lower fuel prices, lower emissions and reduce pollution. Therefore, let’s look at the most common alternative power sources as well as how they can help reduce energy bill.

Although solar energy is mostly associated with protecting the environment, it can help save some bucks on your electricity bills. So, how can you eliminate or reduce that pesky bill as you allow the sun to work for you?

In this case, instead of using energy from the utility company, you will be obtaining it from the sun through solar panels. However, you will still use your current electric meter to; know how much electricity you are consuming from the grid and the amount of energy the solar panel (s) is contributing each month.

Moreover, you will still need the electricity from the power company since the solar panels cannot generate power at night or when it’s cloudy and rainy. But you will pay less for it.

For example, if you produce 1,600 kWh of energy from your solar panels in a month and you only use 900Kwh, the power company will credit your account for generating the 1,600 Kwh. The power credit never expires and works like rollover minutes in mobile phone plans. While you will still be paying for staying connected to the meter, you will always get discounts on the power bills every month.

According to U.S Energy Information Administration, an average homeowner can offset between 70-90 % of their electricity consumption using a properly-sized solar panel. That means you can save about $100 each month and $1,200 a year.

If you reside in a state whose power rates are higher-than-average, you will see increased savings. Also, if your state provides Solar Renewable Energy Certificates (SRECs), you can sell the power your solar panels generate for additional income.

Moreover, solar panels are maintenance free, have no moving parts and are designed to last for years. So, once you install them, you save money and incur no extra charges.

If your region has adequate wind resource, you can harness wind power using a home wind turbine. This way, you will have a cost-effective, pollution and emission-free energy system.

According to the U.S. Department of Energy (DOE), wind energy continues to be the cheapest method of generating electricity. Moreover, increased competition from both solar power and natural gas continues to lower the prices of wind energy. Recently, a huge amount of wind energy power was bought at 2 cents per kWh contracted through power purchase agreement (PPA).

It can cost you about $48,000-80,000 to install a 10 kW residential wind turbine. The cost of purchasing the equipment is approximately $40,000, and the rest is for shipping and installation costs. From there, it may provide you with 40-60% of your home’s energy needs.

Do you know that hydrogen is becoming the best form of storing electric energy in the form of gas? Hydrogen is the most abundant gas in the world and the cleanest burning fuel. Once it burns, it emits steam and warm air, so it is non-toxic.

It is produced from fossil fuels, water and natural gas through electrolysis or steam-methane reformation.

Electrolysis involves the use of water or wind-generated electricity to split water into oxygen and hydrogen atoms. The power used in the electrolysis process can also be harnessed from natural gas, biomass or coal. However, this makes the production process expensive, but research is underway on the best methods to produce hydrogen gas domestically and at a reduced cost.

Biomass is the organic substance that contains stored energy through photosynthesis. It is mostly found in plants and can be transferred via the food chain to animal’s or people’s bodies and their wastes. It is then converted for human use through combustion, which produces carbon dioxide stored in plants.

Today’s biomass fuel comes in the form of dried vegetation and wood, crop remains, and aquatic plants. It is a widely used source of power because it is indigenous and comes at a low cost. The U.S. DOE states that biomass energy supplies at least 15% of world’s total energy and 35% in developing countries for cooking and heating purposes.

As the name suggests, geothermal power involves generating electricity from the earth. It is becoming popular since it is plentiful, and it’s a natural source of energy. The World Bank estimates that it can meet power demands of more than forty countries.

Geothermal power can be tapped in different ways. First, it’s produced when hot magma comes near the earth surface approximately 1,500-10,000 meters and heats the groundwater. The heat produced from the hotspots flows towards the earth surface as geysers, volcanoes and hot springs.

Second, naturally-flowing hot water and steam can be reserved using energy conversion technology to generate hot water, which will be pumped through turbines to generate electricity.

The cost of geothermal energy at the Geysers is about $0.03 to $0.035 per kWh, which is way much lower than the fossil fuel .

According to the US Army Corps of Engineers, hydroelectric power produces approximately 10% of America’s energy. Moving water releases energy that can be tapped and converted into electricity commonly referred to as hydropower/hydroelectric power.

Hydroelectric power is generated in two ways. First, water is stored in a storage reservoir such as a dam or river. Then, the water is released from the storage via a turbine, which spins the water, and as a result, it activates a generator to produce power. The reservoir doesn’t have to be a large dam; some of these power plants can use a small canal to allow water from a river through a turbine.

The total cost of producing hydropower is about 0.85 cents per kWh, which is 40%, 25%, and 50% of the cost generating fossil fuel, natural gas and nuclear gas respectively.

As the problems with increased electricity bill become prominent, alternative sources of energy mentioned above are gaining popularity.
Their benefits of these alternative energy sources offset the negative effects of fossil fuels including pollution and costs.

Although the amount of investment required to make them viable slows down their progress, it a high time we embraced them to cut down the increased power bills.

Best Colour Schemes To Spice Up Your Bedroom Apr 06, 2021

Painting VS Wallpapering: Which One to Choose? Nov 03, 2018
Best Guides