How to Read a Tape Measure Efficiently and Correctly 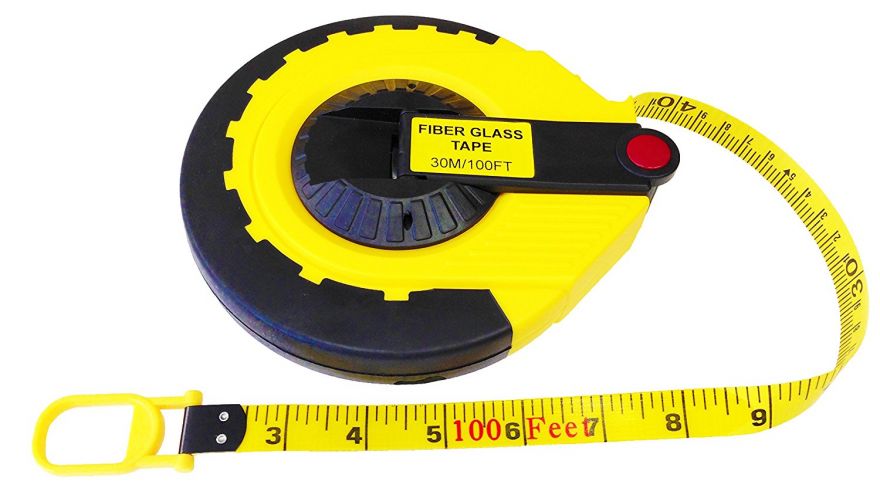 How to Read a Tape Measure Efficiently and Correctly earlyexperts.net

It doesn’t matter if you are a craftsman or a weekend DIYer, a project is sure to go wrong if you don’t get the measurements right. That’s why you’ll find a tape measure in every tool kit, it’s become one of the most useful and most misread devices on the plant. The tape measure may appear to be simple on the surface, but it can cause no end of trouble for some people, not to mention the heartache when a project fails.

We have to thank William Bangs of Connecticut for this handy device, as he was the man who patented the first tape measure in 1864. Over the years it was refined, but it was not until the 1920s that the first metal tape measures we know today began to appear. The concave metal gives rigidity which means the measure can stand straight up to six feet.

When you go to the local home improvement store, and see the vast array of tape measures on display, you’re probably going to say that they are all alike.

How to read a Metric only measure

Metric measurement is the simplest system of use. Building and construction practice calls for all measurements to be made in millimeters (mm). These are the smallest unit on the tape measure scale, and are also marked with the smalles hash mark along the edge. As they are so small, they are generally not individually numbered on tape measures. Ten millimeters make up a centimeter (cm) and these are marked with a number, and a bigger hash mark. Every tenth centimeter is highlighted, so they can be easily picked out. A hundred centimeters make up a meter (m), which is again clearly marked on a tape measure with a hash mark that will extend across the width.

How to read an Imperial only measure

Imperial measurement can be a bit tricky, especially or those who have been brought up using Metric measurement. The Imperial measure used extensively in the US, is split to feet, inches and fractions of an inch. The smallest unit marked is the 1/16th of an inch. The next is the 1/8th of an inch with a slightly longer hash mark. Next up is the ¼ inch marking. These are longer again, and 2/8ths, 4/8ths, and 6/8ths are marked as quarter inches. The ½ inch is marked with a yet longer hash, and then each inch is marked with a hash that runs across the width of the measure, and a number. As we know, 12 inches make up a foot, and these are marked with 1F, 2F, 3F, and so on. Sometimes you will find that on one edge that after the foot marker, the inches will increase again by single digits to reach 12 for a the next foot. On the other edge the inches will keep numbering incrementally, so 1ft 2 inches will register as 14 inches, and so on. At three feet, for example, it would measure 36 inches.

There some other markings, which appear particularly on tape measures sold in the United States. As there is a standard spacing for wall studs, tape measures in the US have an extra red hash mark every 16 inches to make measuring for construction more convenient.

What about the funny hook at the end?

All modern tape measures are spring loaded, and will automatically retract into the holder once the blade has been unlocked. Be careful to control the blade and tang as it returns, if not it can be highly dangerous with the blade easily cutting an exposed finger, or the hook wildly flailing. Manufacturers have started to recommend people wear safety glasses when working with a tape measure for this reason.

Things to remember when using a tape measure

Anyone with experience of working on projects will tell you to measure twice, and cut once. If you want to be extra certain, then measure three times, and cut once. Measuring and measuring again will make sure the cut is accurate and precise.