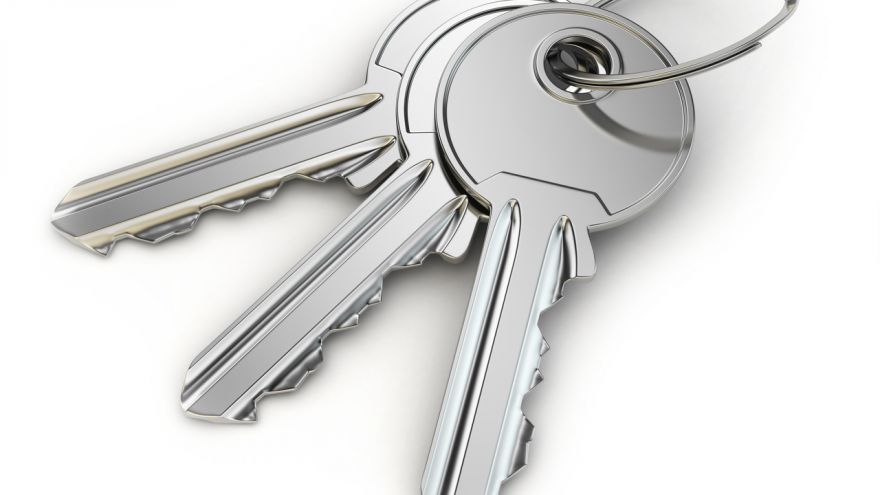 We’ve all done it at one time or another and found ourselves locked out of our home. If you have a spare key handy then getting back in is no bother at all. Unfortunately, if it is simple for you, it’s also simple for a burglar, who can find a key and be inside your home and away with your stuff in no time. So, where can you hide a key where you know it will be away from the prying eyes of a burglar.

Let’s start by where NOT to put your spare key:

Under the front door mat. You would think by now that everyone would know that is the first place any potential burglar will look. But, you’d be surprised how many people still put a spare key under the mat, just in case.

Under a flower pot. Professional burglars will tell you that after looking under the mat, the next place they’d look is under any of the flower pots decorating the outside of your home.

In a fake rock. There was a time when this was a cool place to store a spare key, but the burglar fraternity have cottoned on to this ruse, and we’ve been busted.

In your wallet. It might sound like a good idea, but if your wallet is stolen, the key and your address on your driving license are an open invitation for burglars to come and raid your home.

Now let’s look at some secret places where it should be safer to hide a spare key:

Most people have a door knocker of some description. You can replace it with a knocker that has a compartment to hold a bunch of keys. The more keys you have inside the compartment, the better, as it will deter any would-be burglar as they would not know which one fitted the lock, and it would take too long for them to go through every one to find the correct key to fit your front door.

If you really want to be crafty, you could use the key ring knocker as a decoy and put the real spare key somewhere else.

You may have a gutter pipe around the house that is slanted, so only the bottom part of the pipe carries any water. In that case, you can use a strip of Velcro to attach a key to the inside of the gutter where it will not be corroded by the water.

Every backyard has some garden accessories sitting around in it. It could be a barbecue grill or even part of your air conditioning system. A spare key can be either attached to the metal casing of the air conditioning unit in an inconspicuous place or place inside close to the fan mechanism. Barbecue grills also have similar places where you could hide a spare key.

Why not use your dog to not only guard your home, but your spare key as well. Dogs that have been bred to be defensive and protective are great for this. You can hide the key on the dog’s collar. Even if a burglar thinks to look at your dog’s collar, he will have a hard job getting near enough to snatch it.

If your dog lives outside and has a dog house or kennel, why not keep it in there. No burglar would ever attempt to get inside such a small space with a guard dog.

Why not store the key in plain sight? You must be mad I hear you say, but hold on. Put your spare key among hundreds of others in a jar, and any potential burglar will give up before trying to work out which one fits your lock. It’s best to have lots of keys that are similar shape and size, and have a variety of color tags.

Half fill the jar with keys, pop yours inside and then top up with more. Make sure you remember which of the keys is the spare, and make it recognizable only by you.

A bit like the fake sprinkler, you can glue a bottle top to the bottom of a real rock, and then place your spare key inside the bottle. Screw the bottle with the cap. Dig a small hole and submerge the bottle in the earth, while keeping the rock on the surface looking just like all the others in the garden.

A lot of people put up birdhouses in their garden to attract wildlife and create nesting spaces. They can be an ideal place to hide your spare door key. You can slip the key under the birdhouse, and it would be perfectly hidden from prying eyes. Remember not to disturb any birds nesting when you retrieve the key.

Well, not actually in but on your car. Many people hide spare car keys in magnetic lock boxes that attach to the underside of the vehicle or in the wheel arches. The same can be done for your spare house key. If you are not at home, you are more than likely going to be in your vehicle somewhere.

If you have a trustworthy neighbor, why not leave a spare key with them. You know that it will be well cared for, and your trust will not be abused. You can return the favor and keep their spare key in your home.

Is Home Staging Worth the Investment? Apr 06, 2021
Best Guides