Natural Air Fresheners: How to Make Your Own 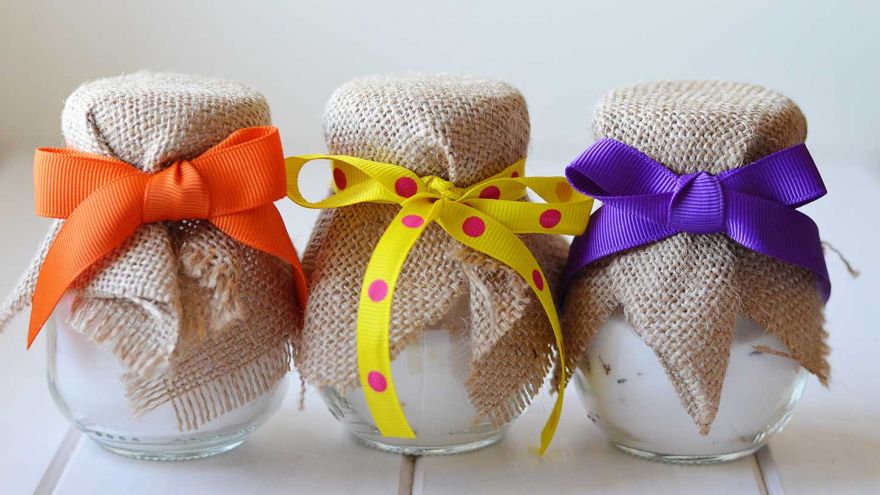 Natural Air Fresheners: How to Make Your Own earlyexperts.net

When we walk into a house, and there is a fresh, fragrant smell in the air we immediately feel at home. A pleasant aroma gives us an uplift that subconsciously tells us the place is clean and welcoming. That’s why the air freshener business is worth billions of dollars. Air fresheners are a convenient way to mask the odors of everyday living, whether it’s in the kitchen, bathroom or living room.

There is nothing more natural than pushing the button on a store-bought aerosol air freshener to hide a noxious odor. Unfortunately, these aerosols have a fragrance that is man-made and chemicals that could cause health problems. Some of these chemicals could even trigger cancer.

Research by the Natural Resources Defense Council (NRDC) has discovered that no safety tests are performed on air fresheners before they are put on supermarket shelves. They are sold without testing to see if the chemicals inside can affect our health.

Most of the air fresheners on the market today contain high levels of phthalates, even those described as ‘all-natural’ and ‘unscented’. The chemical is known to harm children, and the NRDC study said that it is not usually listed on the ingredients. The NRDC describes phthalates as chemicals that disrupt hormones, and are particularly dangerous to unborn babies and young children. Exposure to the chemical can lead to reproductive abnormalities and altered hormone levels. Five types of phthalates are known to cause congenital disabilities, and the NRDC found one of them in its study of air fresheners.

Another deadly chemical found in air fresheners is 1,4-Dichlorobenzene. It is registered with the Environmental Protection Agency (EPA) as a pesticide and is known to cause asthma and other lung diseases, and even cancer. The chemical deadens your sense of smell by attacking the scent receptors in your nose. That’s why you use an air freshener, you can smell the scent for a little while, and then it appears to go away. The smell is actually still there, but the cocktail of chemicals in the freshener has deadened your senses. Leading brand Febreze was one of the first to use this chemical and many others followed.

Make Your Own Natural Air Fresheners

In most cases, we try and hide the nasty odors with a more pleasant smell, and we can do that is so many simple and ingenious ways it’s untrue. One of the primary ingredients you are going to need is essential oils. These are the distilled oils of fragrant plants and herbs that are highly concentrated. Just a few drops are enough to release a cloud of sweet smells into the air. By making your own air fresheners from things you have around the home will save you money, and you’ll know that what you are using is 100% natural as the ingredients will have been sourced by yourself.

It’s probably the oldest known air freshener, as it has been around for hundreds of years. The traditional potpourri can be made up of items you can find in the garden or the pantry. You can alter the ingredients to suit your own taste, so it is highly customizable, and make great Christmas presents for friends. What you will need is a small bowl, glass jar or pouch to put all the ingredients in.

Gather up any dried flowers, pine cones, and if you can get them cedar wood shavings. Any other aromatic wood would do. Get some cinnamon sticks and dried fruit slices from the pantry. You will also need some essential oils.

The smells of cooking can be pleasant, but lingering odors can become irritating over time. One of the oldest methods of covering up the smells of old cooking has been the use of a simmer pot on the stove. By simmering select ingredients, natural aromas are spread around the kitchen and the rest of the house.

What you need is a large cooking pot and a mixture of fruit and aromatic herbs. Some of the traditional combinations include apple, cinnamon and cardamom; lemon, basil, and mint; and orange, cranberries, and cinnamon.

Place the large cooking pot full of water on the stove and bring the temperature up so the liquid has started to simmer. Try not to get the water actively boiling. Cut thick slices of the fruit into the water, and add herbs and spices for your preferred aroma. If you keep the pot simmering it should last up to three days, by which time it will need to be replaced.

If you want something to smell nice in your home will all the green credentials you could ask for, then there is nothing better than a fragrant houseplant. Chrysanthemum and Spider Plants are some of the best houseplants to purify the air in the home.

Rubber plants and Peace Lilly have traditionally been used in homes for more than a century as natural air cleaners and purifiers. They remove bad odors and particulates from the air, keeping it fresh and healthy. However, generally, they do not give off a masking fragrance.

Again, one of the oldest air fresheners that have been around for hundreds of years. A pomander is normally based on a citrus fruit such as an orange or lemon.

Clove buds are forced through the skin of the fruit, allowing the natural oils in the zest to filling the air with fragrance. The fruit can be hung in a closet or pantry to give off an aroma that deters pests.

These are some of the simplest and easiest air fresheners to make at home. All you need are some off-cuts of softwood and essential oil of your choice. Alternatively, you can buy cubes of softwood from craft stores.

Fill a lockable plastic bag with a handful of the wood blocks, and then add a few drops of essential oils to the blocks. Make sure the oil is evenly distributed among the wood blocks by shaking it vigorously. Close up the bag and let them sit overnight to allow the oil to soak into the wood. The next day, all you have to do is place a few blocks in an open bowl or container and place in the room of your choice. The fragrance will remain for a few weeks, at which time you can replenish by repeating the operation of soaking overnight in a sealed bag.

It’s been known for decades that baking soda is a natural deodorizer. Placing some in the fridge will get rid of any nasty lingering odors. So it is no surprise it can be used as an air freshener around the home.

You’ll need to get some small glass jars with a lid. The lid needs to be vented, so pierce a few holes in the top using a sharp knife or needle. Once the jars are prepared, fill them with baking soda, and add a few drops of essential oil, and dried herbs and flowers if desired. Strategically place the jars around the home to give your place a fragrant and welcoming atmosphere. Keep an eye on the baking powder, once it gets hard or clumps together, you know it is time to change the baking soda, as it has absorbed water from the atmosphere and is no longer acting as an air freshener.

If you don’t mind the smell of vinegar, it can work as a great air freshener and disinfectant able to zap bacteria in the kitchen and around the home. One method is to use it as a spray. If you have an empty spray bottle, wash it out and make sure it is clean, before refilling with a mixture of one part white vinegar to four parts water. You can then use it as an air freshener as you would an aerosol by spritzing rooms with a couple of squirts. If you want to remove cooking smells in the kitchen, just leave a small bowl of vinegar out on the worktop, and it will attract the odors.

The smell of freshly brewed coffee in the morning is always welcoming, but the aroma also absorbs odors such as onions and garlic. If you leave small bowls of ground coffee around the kitchen, they will absorb lingering cooking smells. You can also drop coffee grounds into the bottom of a trash bag before filling to absorb the nasty smells of garbage invading the kitchen.

We use essential oils in a number of air freshener preparations, and they can also be used on their own. When an essential oil is heated in a diffuser, it gives off its aroma which can have antifungal, antiviral, and antibacterial properties as well as be an air freshener. A few drops of essential oil in the cup of a candle diffuser can fill a large room with an appealing fragrance.

This type of air freshener is most often seen at filling stations where people buy them for their cars. The gel inside gives off an aroma to make the interior cabin pleasant. They have also become popular in bathrooms where the conical containers have become commonplace. However, they are simple to make at home and can be just as effective and cost considerably less.

All you need are some small glass jars with lids, a packet of unflavored gelatin, your essential oils of choice, and food coloring if so desired. Perforate the lids of the jars so they can be closed and still allow the smell to permeate from inside.

First, you have to prepare the gelatin as per the maker’s instructions, and a quantity enough for the number of jars you intend to fill. As the gelatin is cooking, put about 40 drops of essential oil into the bottom of the jar, along with any food coloring you wish to use. When the gelatin is ready, pour it into the jars and stir thoroughly until the essential oils and gelatin are completely mixed. Replace the lid and then place the jars around the house to give a natural fragrance to your home.

In recent years reed diffusers have become very popular as they are a stylish addition to a home. Making your own couldn’t be simpler. The most important thing you will need to purchase is fractionated coconut oil. This is coconut oil that has been processed allowing it to stay liquid at room temperatures and below. It has no smell, and no residue and is, therefore, an ideal medium to carry the aroma from an essential oil. The diffuser reeds can be bought at craft stores and online for just a few dollars for 100 reeds. And finally, not forgetting a small vase or bottle to hold the oil and the reeds.

Add about 40 drops of essential oil to the vase or bottle. At this stage you could add a few dried flowers to make the bottle look more decorative, however, they will not necessarily add to the aroma given off. Fill the container with the fractionated coconut oil, and mix thoroughly. Then place five or six rattan reeds into the bottle allowing them to wick the oil mixture and diffuse it into the air. To refresh the diffuser just flip the reeds over in the container.

When to Install Ductless Heating and Cooling? Apr 06, 2021

Painting Shutters: Best Paint Type and How to Go About It Nov 27, 2018
Best Guides