Incandescent VS. LED Lighting: Which One to Use? 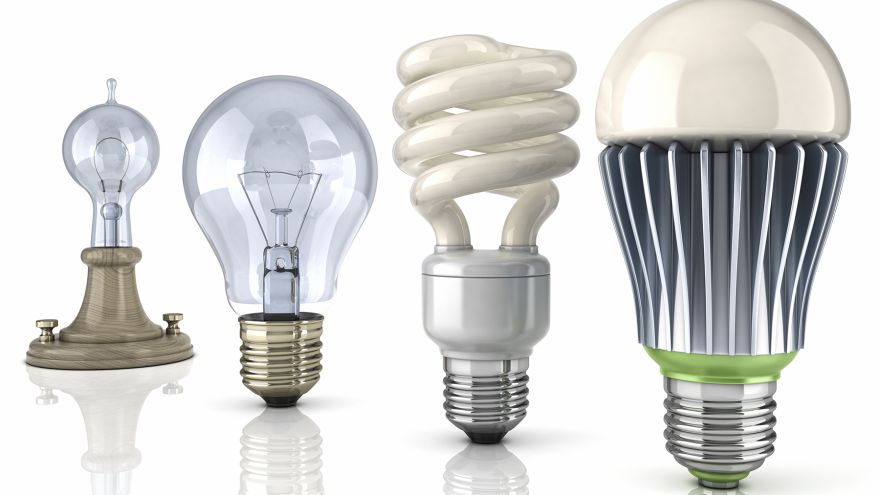 Incandescent VS. LED Lighting: Which One to Use? earlyexperts.net

In the world of lighting, innovations in the industry offer many more options than homeowners are accustomed too. OUtside of the seemingly endless lighting styles and aesthetics for indoors and outside of the home, there is also the fundamental question of what type of light bulb to use.

The two most common are the incandescent bulb and the LED bulb. In this article, we will outline the differences between the two, the pros and cons of each, and where the different bulbs are typically used to help you make the best decision possible for your own lighting needs.

Before we talk about the benefits and consequences of each, it is first important to name the characteristics of both bulbs so that we can distinguish the major differences going forward.

The incandescent light bulb is the option most people are likely familiar with. This is the classic filament bulb which words by heating a wire filament until it reaches the temperature at which it is capable of emitting light.

The bulb itself is clear glass that is either filled with gas or void of all matter completely (i.e. a vacuum).

LED or Light Emitting Diode is characterized by the two electrodes, the anode, and cathode, that stand in for the filament of incandescent bulbs. These electrodes conduct electricity in one direction, in through the anode and out through the cathode, continuously as long as the energy source is on.

The electrodes are comprised of semi-conductive materials like silicon or selenium. These materials are used because they are able to conduct electricity at certain voltages or light intensities, but not others. There is a whole bunch of science that goes into this, but the short version is that a very specific concoction of chemicals coat the electrodes to change some of their properties so that they are able to emit light when a current runs through them.

These bulbs are extremely cheap to manufacture, and thus, to purchase. The other upside is that they will work at a wide range of voltages and with both AC and DC power.

Incandescent bulbs are also produced in a way that makes them extremely adept at rendering color, maintaining color rendering indexes of 95% and higher across most temperatures.

Incandescent bulbs are not very energy efficient as most of their energy consumption goes into generating heat rather than emitting light. The average efficiency rating for an incandescent bulb is around 10 lumens per watt. Because of the temperature catalyst that takes place in incandescent lighting, they can also get pretty hot and so they are not ideal for use in desktop or side table lamps where you run the risk of touching them each time you want to turn the light on or off.

They also have a terrible lifespan of around 1200 operating hours. So, even though they are cheap, you will end up purchasing 50-100 of them to meet the equivalent lifespan of an LED bulb.

You will tend to see incandescent bulbs used in residential interior lighting. Rarely will they be used outdoors because the outdoor lighting is typically harder to access and so LED bulbs are used so that there is less maintenance.

The lifespan is the real upside to LED. Led bulbs can last up to 100,000 operation hours. They are also much more energy efficient than incandescent bulbs, which is in part why they last so much longer. This has mostly to do with temperature. Because LED bulbs are not generating much heat, they tend to last longer.

The only real con is the price of LED bulbs, though this is becoming less and less true. With the mass production and use of LED bulbs in place of incandescents, including within the home, the price point has been driven down substantially.

Initially, LED bulbs were used for light application in situations where lighting implements were more difficult to access. These include computer circuit boards, traffic lights, lighted signs, and indoor and outdoor fixtures that are suspended high above the ground or in hard to reach areas. This has mostly to do with their long life span, which makes them ideal for commercial buildings and in use in various types of engineering like computer and civil disciplines.

As the technology has become more accessible in terms of price, however, we are seeing a more practical use of LED bulbs for all lighting solutions including the interior lighting of homes.

The takeaway here is pretty simple. The LED bulb is superior to the incandescent bulb in seemingly every way except price. Even still, when you weigh the lifespan of LED versus incandescent the single purchase of one LED bulb seems to pay for itself over time. As long as the price continues to be driven down, it is clear that the days of the incandescent bulb are numbered for all uses, both commercial, residential, interior, and exterior.

Why Charred Wood is the Perfect Accent for Your Home Decor Jan 14, 2019
Best Guides

You never get a second chance at a first impression, so when visitors come to call, your front door can say much more abo...
30 Sep 2021
39489
Sign up