How to Program a Universal Remote: Quick Tips 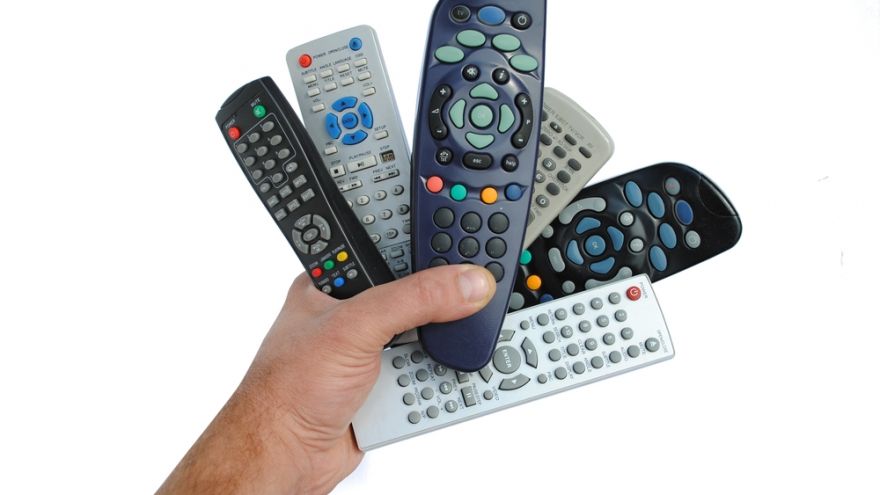 How to Program a Universal Remote: Quick Tips earlyexperts.net

Fifty years ago the television set in the living room was little more than a box with a screen and an on-off switch. The need to leave the comfort of your armchair to change channels or switch it on and off was soon done away with. Now, the humble TV set has become a home theater system, with screens almost as big as the wall, and with add-on devices to bring in shows from satellite, cable, and the internet, and the ability to play digital files, DVDs and CDs.

With the increased complexity and the additional of these add-on devices comes a forest of remote controllers. Each new device comes with its own remote, which often means a coffee table can be littered with half a dozen of the things all designed to work with its own box. In many homes the tempers rise when a remote goes missing, only to be discovered hiding in the cushion crack in the sofa. What a wonderful world it would be when one remote could do all that for you. Well a universal remote can do just that.

What is a Universal Remote?

These remote controls are usually built by third-party manufacturers to work with all the major brands of television and set-top box makers. They can control anything that uses the same infrared technology as your television set, and also have wireless technology as well. Thus, universal remotes can be programmed to operate a vast array of devices along the TV such as, a cable box, satellite box, media streamer, home cinema system, DVD or VCR player, CD changer, hi-fi audio equipment, game console, light controller, climate controller, or even a computer. With the ability to operate all these different devices, universal remotes tend to be larger than those supplied for individual components.

If you are expecting a stick with lots of buttons, then think again. Sure, some of the models do look like that, but modern universal remotes have LCD screens and touchscreen buttons. Often the more traditional stick has buttons which will glow in the dark, or are backlit so they can be more easily seen when viewing in low light conditions. All remotes operate on battery power, however universal remotes are more likely to have a flash memory installed so any programmed commands will be saved for a battery change. Some of the top end universal controllers have charging cradles to make sure the programming is not lost due to a drained battery. These cradles also mean there is a single place where the remote can be stored, and less likely it will be lost down the back of the sofa.

Most universal remotes fall into two distinct categories, those that are described as multibrand and those that are learning. Multibrand removes have the codes for a number of standard electronic devices pre-programmed into the devices. This makes it easier for first time users to get started with a universal remote as they do not have to go about entering the codes themselves. The drawback with these universal remotes is that they generally can deal with up to four devices, and are pre-programmed for the only the basic commands such as increasing and lowering volume, channel changing, and switching on and off. Newer multibrand models can be programmed to operate newer devices from other manufacturers.

Because multibrand universal remotes are simpler devices and are generally less expensive than the learning remotes. Some models can be bought for as little as $15. The learning devices are more expensive with the top of the range models, which use infrared and wifi can cost as much as $400.

Some of the newest universal remotes are WiFi enabled. These can link with a smart TV, and provide access to online and streaming channels other than those available from a cable and satellite provider. A universal remote fitted with an LCD touch screen allows the programming of virtual buttons. The screen can have a number of configurations, say for each device. Some remotes come with the option to use a radio frequency to operate electronics around the home.

This has the advantage over the infrared remotes that you do not need a line of sight between the remote and the device being controlled. So you can operate a music system, for example, in the living room from the kitchen, even if there is a wall between. These remotes employ what is known as an RF extender which accepts the radio signal, and then transfers it into an infrared signal to operate a device.

These days the newer and more versatile universal remotes can be programmed with a computer. A USB connection allows any device’s remote commands to be downloaded to the universal remote in one click of a button. If not, then remote control commands can be programmed from the manufacturer’s website, or from sites like remotecodelist.com. One button can command more than one device by the use of macros.

By hitting one button a macro can turn on both the television and the cable box at the same time. Each universal remote has its own way of establishing macros for the buttons and are described in the operating instructions that come with the device, or from the manufacturer’s website.

Popular brands of universal remotes all use a similar simple method of programming so they can interact with a device.

✓ Turn the device on, be it a TV, satellite or cable box.

✓ Press and release the button on the universal remote that corresponds with the device. If it’s the TV hit the TV button, DVD for a DVD player, and so on. The on-off button should light up and stay lit up.

✓ Release your fingers from the buttons and the on-off button should remain lit.

✓ And, finally press and release the play or enter button on the remote. The device you are programming should switch itself off. If it does not, hit the play button again until it does. At this point your universal remote should be programmed to operate the chosen component.

To check, with the component switched off press the reverse button on the universal remote to see if it switches the device back on.

On some universal remotes you then have to press the stop button to ensure all the codes have been saved for that particular component. Better to do this step even if you are not sure it is needed.

For some models of universal remote, the activation codes can be programmed manually into the handset.

A list of codes for your handset can be found on the internet. The programming itself is similar to the method described above.

As more and more homes are WiFi enabled, then the new voice activated remote systems are taking over, and getting them set up and working is another story entirely.

Practical Ways to Get Rid of Small Animals in the Attic Apr 06, 2021
Best Guides

You never get a second chance at a first impression, so when visitors come to call, your front door can say much more abo...
06 Apr 2021
21604
Sign up