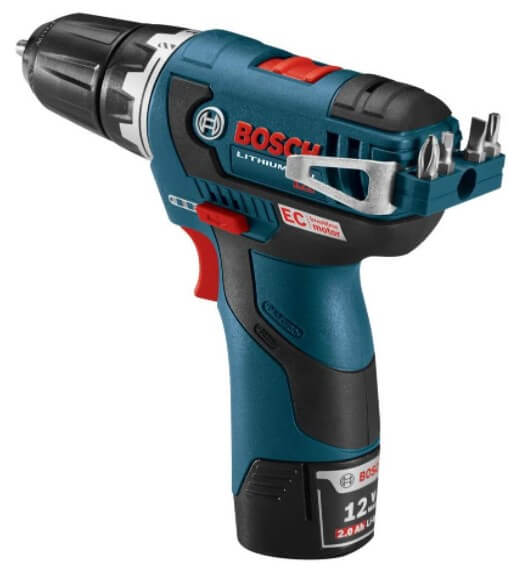 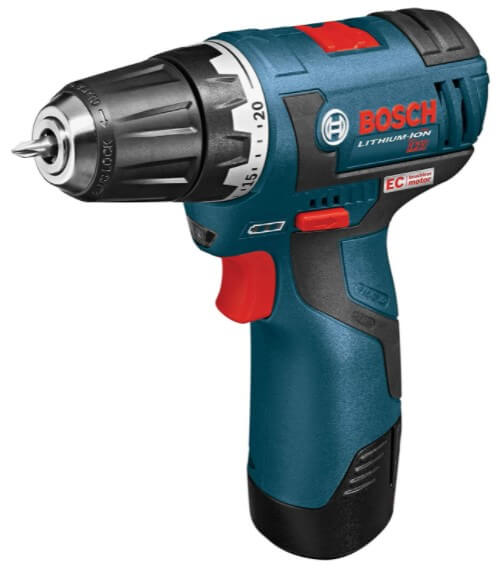 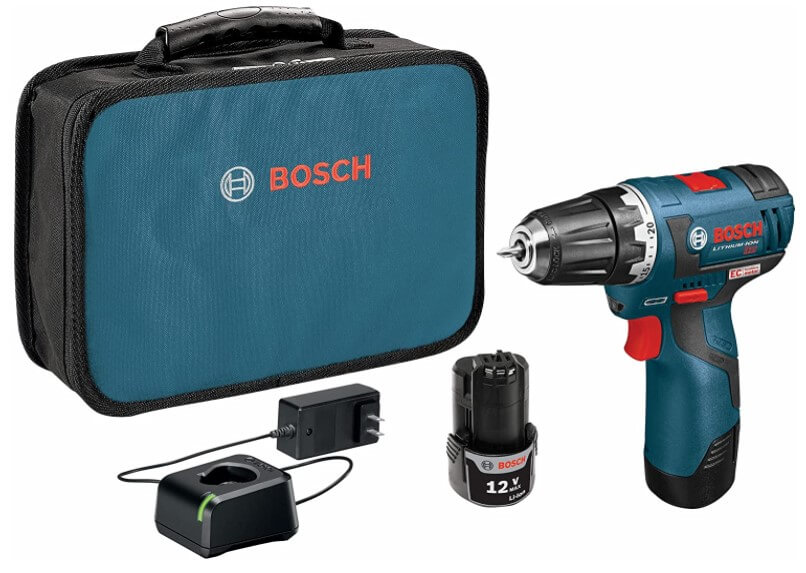 By CarolF
Editor’s Conclusion
The Bosch PS32-02 12-V Cordless Brushless Compact Drill Driver is a popular model tool that has been replaced with the GSR12V-300B22. Only a few high-priced original models, as well as renewed versions, remain, so a potential buyer of the PS32-02 will be more than pleased with the upgraded model that has increased torque. As the new version is a manufacturer upgrade, this review will concentrate on the GSR12V-300B22.

This one is lightweight and ergonomically designed for comfort. It is made for DIYers who need a reasonable amount of power at an affordable price. The drill is conveniently packaged as a kit that contains the GSR12V-300 12V Max EC Brushless 3/8 In. Drill/Driver, two 12V Max Lithium-Ion 2.0 Ah Batteries, one 12V Max Charger, three magnetic four-tip bit holder, four impact tough™ bits, one belt clip, and durable cloth carrying bag.

The improved torque and speed over the previous model added about $30 to the price of the PS32-02 before the price was jacked up due to scarcity.
Editor's Pros & Cons
Pros

Efficient Drill/Driver Design – offers professional torque in a 3/8" Tool only 1.6 pints without battery

Compact housing – features a head length of only 6. 0 Inches Great for working in tight spaces

Two-speed transmission – provides a high-power setting at 0-460 RPM and a high-speed setting at 1,750 RPM

Chuck does not always engage, especially on small bits

Case is cheaply made

Battery can be hard to get out

The little drill delivers a big wallop of power with an upgraded 300 in. lbs. of torque. This means to a user that the tool does not have to work as hard when drilling holes or sinking screws, which makes the process faster.

The increased speed up to 1,750 RPM allows you to drill holes at fast speed with less chip removal needed so that the holes are cleaner while competently driving screws at lower speeds.

Amazon reviewers who have owned both versions of this drill praised the improved speed and power that led to more efficient performance, reducing work time and cleaning up.

How long the charge lasts depends on the tasks the drill is used for and how frequently. Amazon reviewers reported that the drill lasted for hours on one battery charge and the battery indicator showed "full" even after driving screws into tough oak.

The drill also has a slow self-discharge rate, which means that occasional users will find that the drill still has power even after months of no use.

Unlike most similar batteries, the rechargeable battery fits into the grip rather than it being flat. The battery design is sleek and gives a good balance to the drill. Some users find the batteries hard to remove; the larger grip may be hard for small hands to grasp. The newly-designed charger stays cooler than on the previous model.

Handling and Ease of Use

With a reduced weight from the previous PS32-02 model, the compact drill is noticeably lighter. Its imporv3ed rubber grip combined with the weight makes it easy to hold and use even for extended use. In contrast, it can stand on its end when not in use; it also clips to a belt – a handy feature if you need the drill repeatedly for a project.

As with many competitive drills, the Bosch GSR12V-300B22 has a work light positioned on the body that can be turned on without engaging the drill – a handy feature for scoping out the worksite before drilling.

COMPARISON TO OTHER PRODUCTS

As with Makita, DeWalt, and other brands, hard-boiled Bosch customers are staunch fans of this drill because of the manufacturer. While some less biased users point out that some other brands such as DeWalt and Skil offer a comparable or, in some views, a better product for less money, this observation is lost on true believers.
You might also want to read about the Bosch PS31-2A 12-V Drill/Driver Kit, as it may suit your needs better.

The Bosch GSR12V-300B22, the successor to the PS32-02 12-V Compact Drill-Driver, is a solid tool with long battery life and thoughtful design. Ninety-five percent of Amazon reviewers agreed that buying this drill is a solid purchase.