American Flag 101: How to Properly Display Ol’ Glory in or Around your Home 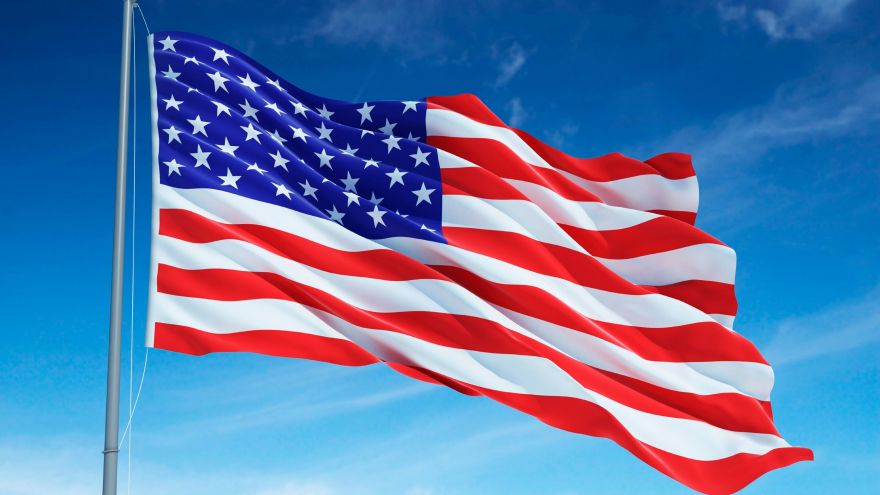 American Flag 101: How to Properly Display Ol’ Glory in or Around your Home earlyexperts.net

Drive through any small town in America and you will see them proudly displayed on the homes of everyday people: the stars and stripes. Ol’ Glory. The American Flag.

This banner of our country’s freedom and all the weight that image carries projected from the entryway or raised on a traditional pole in the front yard of a middle class American home is truly symbolic.

It says, “for the people in this house, the dream has been realized. We believe in it. Here is the proof.” And while the sentiment may be genuine and pure, for many people, the etiquette surrounding how to properly display a flag is a mystery.

Believe it or not, there are federal rules on when and how to observe the flag that should be acknowledged if your goal is to honor the country that provided the opportunity to build your life and home.

In this article, we outline exactly what those rules are as well as some other tips on US flag etiquette.

US Flag Do’s and Dont’s

The flag should never be lowered to any person, processional, or thing. Keep it raised high and above any other banners you might have on your home’s pole.

When displaying your flag on a full staff in your front yard, the stars must always be at the very top of the pole.

There are some exceptions to flying the flag as high as a staff will allow. However, these will be passed down from the federal government as on national days of mourning.

For instance, on the anniversary of Pearl Harbor, or following the death of a principal figure to our country, the flag will be flown at half staff. You can sign up for email notification when flags should be lowered to half staff at www.halfstaff.org.

✓ No Flagpole, No Problem

For flags not displayed on a flagpole, the banner should be hung such that the stars are to the left of the observer.

For indoor flag displays, some are partial to adjacent staffs, hanging there flag along with another. When this is done, the American flag’s staff should always be on the right.

Traditionally, the flag should only be flown during lit hours, from sunrise to sunset. On Patriotic holidays, such as the 4th of July or Veterans Day, it can be displayed all day.

A wrinkled, kinked, or tangled flag is an unhappy flag. Respect the banner the same way you would the clothes on your back- by treating it so that it always flies aloft and at its best.

This one is generally well known. The US flag should never touch the ground. What is less widely known is it should also not touch anything below it really.

Any sort of markings drawn or painted on a flag are in direct opposition to what it stands for. This is considered an act of vandalism.

The flag should never be worn as clothing. This is one that is probably most often ignored, especially around the most patriotic holidays. That said, there is a major difference between flag prints on clothes, and wearing the flag itself. The latter is a larger indiscretion, however…

The flag really isn’t supposed to be used as decoration either. The language around this regulation is vague and so it is especially difficult to enforce.

It is likely, though,  that the people who devised etiquette around observation did not envision flag prints on the inside of of pockets sticking out of rips in women’s shorts.

This one ties into number four in that it concerns the presentation of the flag and helps ensure folks are only flying Ol’ Glory when she’s at her best.

The flag should not be flown with stains, and should be retired before it is every displayed ripped or tattered. Flag retirement takes place in a specialized burning ceremony that is very different form the flag burnings often done in protest.

Certainly there are a ton of rules and specifications required of simply flying a flag. This might seem counterintuitive as plenty of homes throughout the country are not graced by the stars and stripes. You would think you would get some slack for your patriotism!

The truth is though, that flag represents a lot of hard work, sacrifice, and discipline. If you’re not going to fly the flag the right way,  you might as well not fly it at all.

Our suggestion is not to commit to more than you can handle. For instance, flying a flag on a pole will require a fair amount of attention. More so, than one would typically pay to outdoor elements.

Instead, hang your flag vertically from the against the outside of your home or from a short angled staff. This way you will not have to worry about raising and lowering with the sun and attending to days of mourning.

If you can find a space for your outdoor flag that is somewhat covered, you can likely avoid a lot of potential wear and tear that would render your flag ready for retirement.