How to Keep Pipes from Freezing this Winter 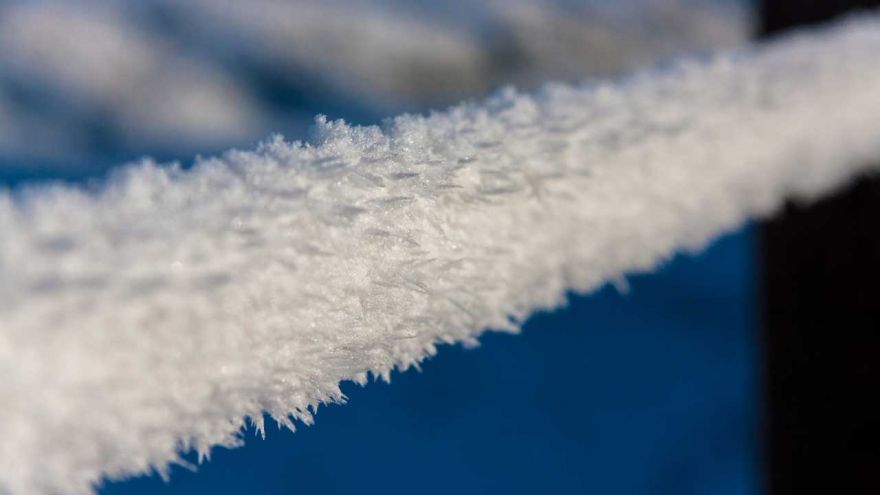 How to Keep Pipes from Freezing this Winter earlyexperts.net

As the leaves fall from the trees, and the nights get longer, we know winter is on the way. With winter can come freezing temperatures, so while things are a little warmer, it’s about time to prepare your home for the cold, especially the plumbing.

Unprotected water pipes risk becoming frozen when temperatures dip, so now is the time to check your home’s plumbing and central heating system to make sure it’s in good shape for the winter ahead.

The cleanup costs from a burst water pipe could cost thousands of dollars, whereas making sure it is properly insulated could cost just a few dollars. Spending a little money now could mean you save thousands later, and you have the peace of mind knowing your plumbing is protected from the worst winter can throw at you.

It’s surprising how many people think that frozen water pipes won’t happen to them, particularly if they live in a newly-built home, and it’s in a location not known to have a typically cold climate. We are seeing weather extremes all around the world, so even more temperate areas are having sudden cold snaps, with temperatures low enough to freeze unprotected pipes. Homes in these places are particularly vulnerable as they may not have sufficient insulation installed on pipework to withstand just a few degrees of frost. The Building Research Council at the University of Illinois has done some research and warns homeowners should be alerted about the possibility of pipes freezing when the temperature outside drops to 20F (-7C).

What Happens When Pipes Freeze?

When water in a pipe falls below freezing point, it can turn to ice. If the ice buildup is enough to completely block the pipe, it can increase the pressure in the system causing leaks at joints and seals. Also, when water turns to ice it expands, this expansion can put pressure on the wall of a pipe and cause a rupture. While the pipe is frozen and there is no flow, the situation will not be catastrophic.

However, once the ice melts any cracks in the pipework will begin leaking water. If it is a pipe carrying the mains supply into the house this can be at high pressure, and in no time at all a basement can be flooded, and furnishings and carpets ruined.

How to Prevent Pipes Freezing

There are six simple steps to prevent a burst water pipe in your home this winter. Any or all of them will be effective in reducing the chances of your pipes freezing, and save you thousands of dollars of cleanup and repair after a burst.

Pipes in basements and attics are the most vulnerable to freezing during the winter months, and they may need additional insulation. Pipes of all sizes can be fitted with fiberglass or foam rubber sleeves to reduce the chance of them freezing. This is usually a cheaper option for pipes that are exposed but can become expensive if drywall or ceilings have to be removed to reach them.

Pipe insulation can cost as little as $0.50 per linear foot ($1.50/m) and is available at any home improvement or hardware store. It’s much cheaper than the typical $5,000 the Insurance Institute estimates it costs on average to repair a home after a frozen pipe burst.

Keep the Heat On

Often water pipes freezing is precipitated by the core temperature of the building falling dramatically due to the cold weather. If you are at home, then you will probably have the heating on to keep warm, but if you go away for the holidays of a winter vacation, the temptation is to turn the heating off to save energy as you are not living in the place during that time.

If you keep the heat on, even at a low level, that is often enough to keep the core temperature of the building high enough to stop pipes freezing. Building experts recommend thermostats should be set at around 50F (10C) if you are to be away from your home for an extended period of time during the winter. Even though it might not be cold when you leave the weather can change while you are away and all sorts of dreadful things could happen.

It might not sound like a good idea, as the sound of a dripping faucet may keep you up at night, but it is one of the ways to make sure your pipes don’t freeze and burst in cold weather. Letting the faucet drip stops a buildup of pressure in the system. As a pipe freezes, there will be a buildup of pressure between the blockage and the faucet.

It’s this increase in pressure that causes many pipes, particularly old ones, to burst during freezing temperatures. Leaving the faucet open means there will be no pressure increase and no likelihood of the pipe bursting.

Water pipes are hidden away all around your home. You can find them on the walls, and in cabinets and cupboards. If you keep the doors to the cupboards containing water pipes open the warm air heating, he home will be able to circulate into the cabinets. All interior doors of the home should be kept open, allowing the warm heated air to flow. This will significantly reduce the chances of water pipes from freezing.

If there are any holes or cracks in brickwork, siding, or concrete near the water pipes, seal them up entirely.

Interior and exterior walls should be carefully caulked to prevent cold air from entering the home, and warm heated air escaping.

If you expect temperatures to fall considerably below freezing, then one option is to apply heat tape to exposed pipes. There are two types of heating tape available. Both can be wrapped around the exposed pipe to form an electric blanket.

The first type of heating tape will turn itself on and off when it senses how cold the pipe is becoming. The second type requires it to be switched on when it is needed, and switched off when not. These products can be dangerous and should only be installed following the manufacturer’s directions.

Tips to Remove Sticker Residue from Any Surface Aug 15, 2018

For those who have a thumb that is not so green, it might be wise to consider caring for a plant that is low-maintenance-...
09 May 2018
10273
Categories
Sign up