Cost of Living Comparison by City: the Cheapest Cities to Live in the US 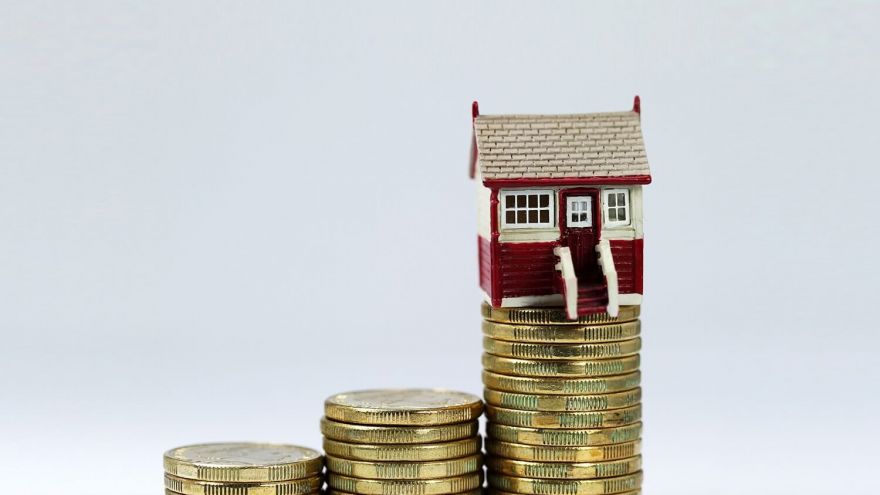 Cost of Living Comparison by City: the Cheapest Cities to Live in the US earlyexperts.net

The cost of living never goes down, so finding somewhere that is affordable and a good environment is becoming more and more important to many Americans. Not everyone has a salary to allow moving to the big expensive cities such as Chicago, San Francisco or New York. However, there are many cities with exciting downtown areas, good employment prospects and living costs considerably lower than the main metropolitan areas. The question a lot of people ask is how close to downtown do I really need to be?

American cities can have a sprawling metropolitan area that covers outlying small towns, where the central area may be relatively small, the metro area can be home to two or three times the city population.

There are a number of factors which must be taken together when working out the affordability of a city compared to others. Most people will base their initial decisions on how expensive it is to buy or rent a home in a particular city, or the surrounding metropolitan area. However, there are other indicators that need to be taken into account when choosing where to live.

The Median Household Income is a simple way to establish a baseline for how rich or poor a city might be, and the buying power of the population. US National Average $59,000.

The next criteria are the Median Home Sale/List Price which gives an idea of the asking and the final price homes are sold in that area. It is a good reflection of the value of homes. US Median list price $254,900, sale price $317,200.

If you are not in the position to buy a home, or just want to see if you like a particular city the Median Rent gives a good idea of prices over a wide range of properties from luxury apartments to older units. Median rent $1,600.

Health care costs are also a factor that needs to be taken into consideration. An endoscopy or colonoscopy is probably one of the most common procedures so is a good measure of the relative costs of medical treatments in a city. Median endoscopy cost $2,625.

Time is money, and the time spent getting to and from work can be crucial to the style of life you want to achieve. The average commute in New York is around 45 minutes, whereas the national average is much lower at 25.4 minutes.

One of the few certainties in life are taxes, and property taxes can be one of those make or break factors when deciding where to buy a home. The local property tax is a measure of the median income in a particular area and the assessed property value. The average property tax burden in the US is currently 1.15%.

States and some local authorities levy an income tax, and currently the average state and local income tax rate across America is 9.9%.

The utility cost index is a simple measure of the relative cost of the utilities in a specific area compared to the national average. The index puts the benchmark nationally at 100, and anything above costs more than average, and any figure lower is cheaper.

The cost of living index is another measurement where the national averages are benchmarked at 100. The index takes in a wide range or prices for such things as food shopping, eating out, and the cost of local entertainment.

The most affordable cities in America

When you look at the list you will see that none of the most affordable cities are on the eastern or western seaboard. Cities in the Midwest, interior West, and South are without exception cheaper than the West Coast, or New England/Atlantic coast.

The city of Memphis itself has about 670,000 living in it, but the metro area which takes in parts of Mississippi and Arkansas can boast a population of 1.3 million. As one of the great American cultural capitals, it is the center of the Delta Blues, home to Elvis Presley’s Graceland mansion. It has strong links with the Civil Rights Movement and its own style of southern barbecue. The somewhat soft economy has kept prices down so for a big city it’s cost of living is one of the lowest in the country. Housing prices are lower, along with gas prices due to the economy. However, it’s still a place where jobs are plentiful, so anyone tired of the expense of living on the coast can move here away from the rat-race. Another big bonus is that there are not state, county, or city income taxes in Memphis.

The numbers show how affordable Memphis to live in:

What Indianapolis lacks in the glamor you find in Memphis it makes up for in its urban diversity and high-tech economy. This is a booming Midwestern city that offers just about everything for its residents. Situated on the Snake River, the city of Indianapolis has a wide variety of neighborhoods appealing to just about anybody. There are the urban, and suburban areas you find in most cities along with semi-rural areas that make you forget you’re living close to the city. The well-developed highway system means getting from home to your place of work in a manageable commute. The city has become something of a Midwest ‘silicon valley’ attracting life science and software companies wanting to relocate from the much more expensive coastal cities due to its low cost of living and high quality of life.

Every year the city becomes the center of attention with the Indy 500 motor race at the Indianapolis Motor Speedway. In the winter the Colts football team plays regularly to ardent fans. The winters can be chilly, and snow can stick around until mid-March.

Here are the numbers for Indianapolis:

As Elvis put Memphis on the map, Omaha has the successful entrepreneur Warren Buffett to thank for making its name. It is partly due to the triumph of Warren Buffett that the city has become a magnet for financial service, logistics, and energy firms. The economy of Omaha has weathered the financial crisis much better than other cities in the United States. The unemployment rate is well below the national average, and companies did not stop hiring throughout the crisis.

The re-purposing of old buildings into the low-income housing along the Missouri River has meant there is a plentiful supply of starter homes for entry-level workers moving to the area. Right in the heart of some of the most fertile farmland in the United States has seen an explosion in the farm-to-table movement, with high-quality farm produce and meat available at a price that won’t break the bank.

If you look at the other cities in Ohio such a Cleveland, Cincinnati, or Toledo, Columbus comes out top with the most vibrant economy of them all. It is partly due to the highly educated populace thanks to Ohio State University. The college is one of the best-regarded public higher education institutions in the country and has made itself the nucleus of an emerging knowledge economy in the city. On the face of it, Columbus is a lot like Indianapolis, with a vibrant central downtown area, spreading outward to less dense semi-rural neighborhoods. Homes on large plots are common and very affordable, however, the only drawback compared to other metro areas is the relatively high cost of utilities.

Probably Texas’ best-kept secret, San Antonio may be the state’s third largest city, but it’s also one of the most affordable in the United States. The city’s rich history dates back to its time as an outpost of Spanish colonial rule. The San Antonio River meanders through the city center and the Riverwalk is a hive of activity with bars and trendy restaurants and shops. With its historic sites such as the Alamo, the city has its fair share of tourists, so rentals are generally more expensive. However, the cost of housing is generally lower along with the fuel costs, meaning locals have more spending power for other things.

With four army and air force bases close, San Antonio is very much a military town, without it being completely overrun by service personnel. The city is a logistics hub between factories in Mexico and the major urban centers of the US Southwest. If there is a drawback it could be the summer heat, where temperatures are normally in triple digits, and there are often water restrictions.

It’s probably right that I should point out that these are not necessarily the cheapest, cheapest cities to live in the United States. There are cities which are cheaper, but they are so for a number of reasons such as high crime rates and high unemployment. Studies show that the cheapest places to live may have the lowest combined living expenses, but not everything will be cheap.

Also, jobs can be scarce, and be low paid. These low incomes may make it harder for residents to live, and can, therefore, mean that these cheap cities also have above-average poverty rates. With poverty can also come higher crime rates and other social problems such as drug use and gangs.